The foundations for Raider Motorsport began during the mid 1970’s when team principal Maurice Rissman traded contemporary employment opportunities to pursue a career involving anything relating to automotive competition. Initially entering Drag Racing Maurice built and raced highly modified cars & bikes taking many victories and twice breaking national class records. Maurice’s engineering creativity attracted interest from the circuit racing fraternity for whom he designed, built, and modified, several avant-garde sports-sedans, a category with almost limitless modification allowances. During 1978 the engineering freedoms afforded to this field of racing lead to the design and construction of what was arguably Australia’s first full space-framed racing sedan, based upon a 1979 Ford Falcon.

In 1988 the Raider Motorsport (RMS) name & logo was conceived and officially registered. The team’s first contract was to support the current Australian Driver’s Champion, Rohan Onslow, at the Adelaide Australian Formula 1 Grand Prix. This successful one-off outing lead to a partnership that was to dominate the inaugural 1989 Formula Holden Championship. With Onslow at the wheel, the Raider Motorsport Ralt RT20 claimed more pole positions, fastest laps and outright wins than any other team or driver. The team ultimately claimed championship victory and back to back ‘Gold Star’ Drivers Championship titles for Onslow. Acknowledging Onslow’s successful season, Bob Forbes, owner of the GIO Racing Team, enlisted the young champion for his 1989 Bathurst 1000 assault. 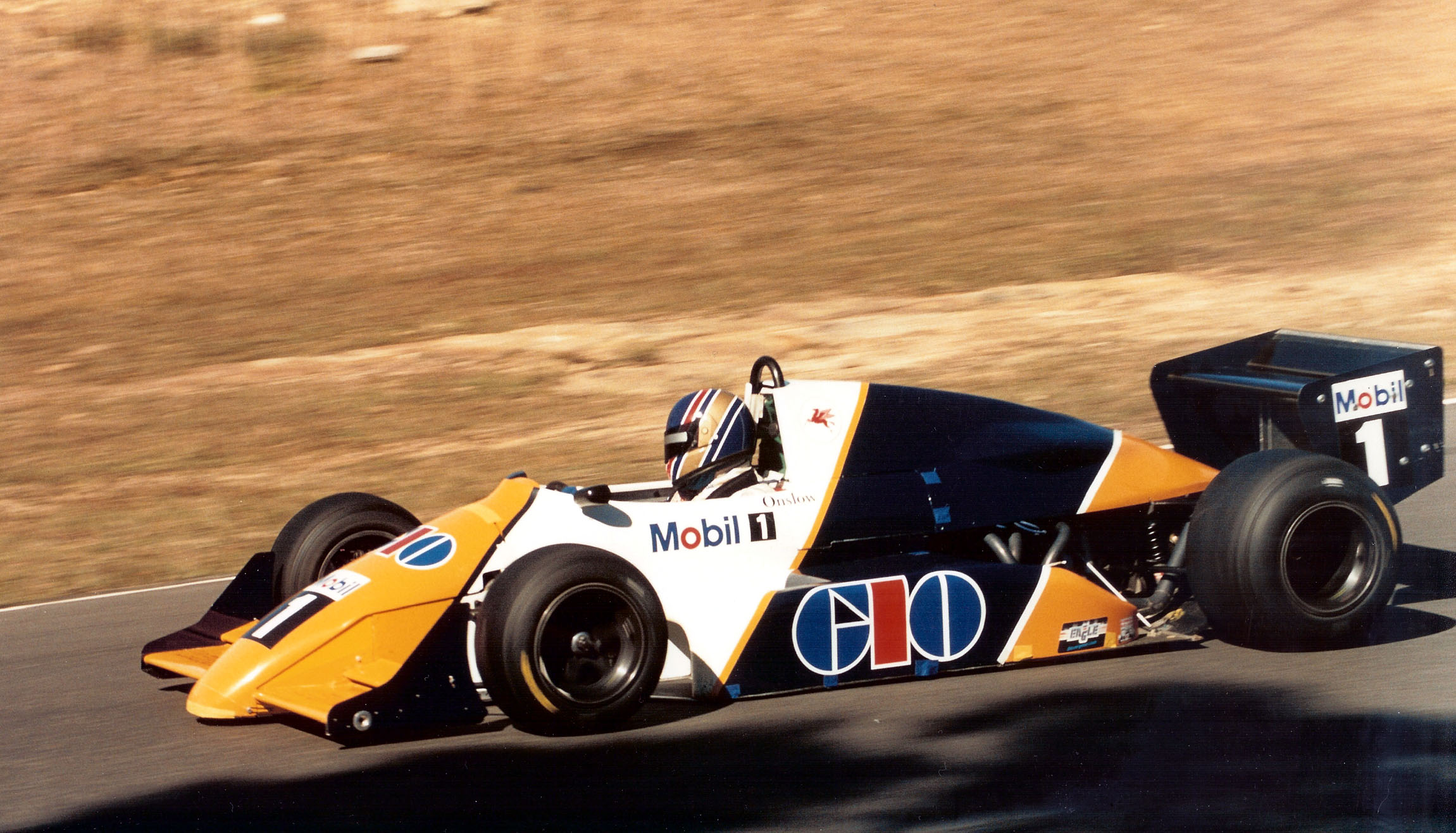 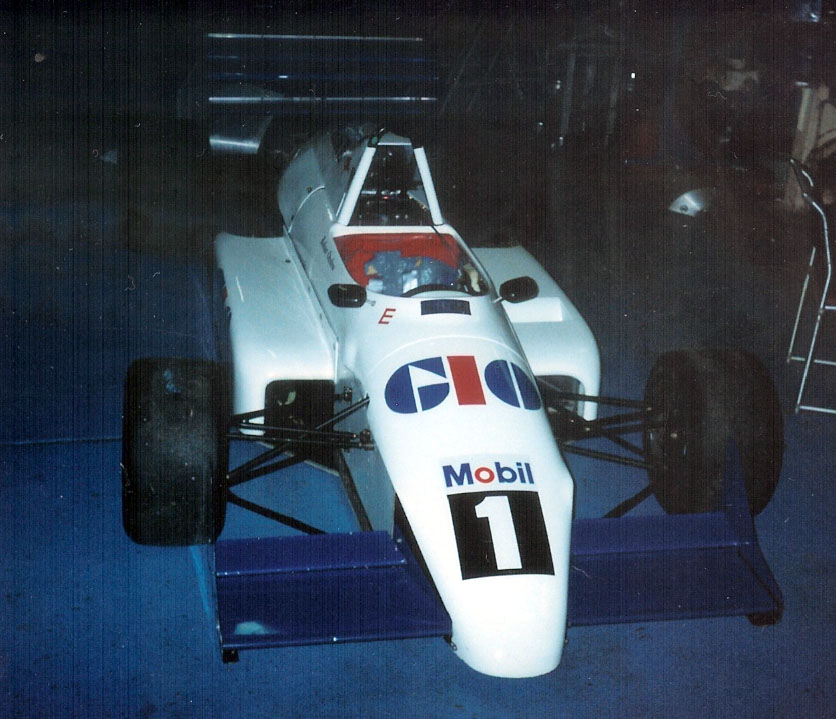 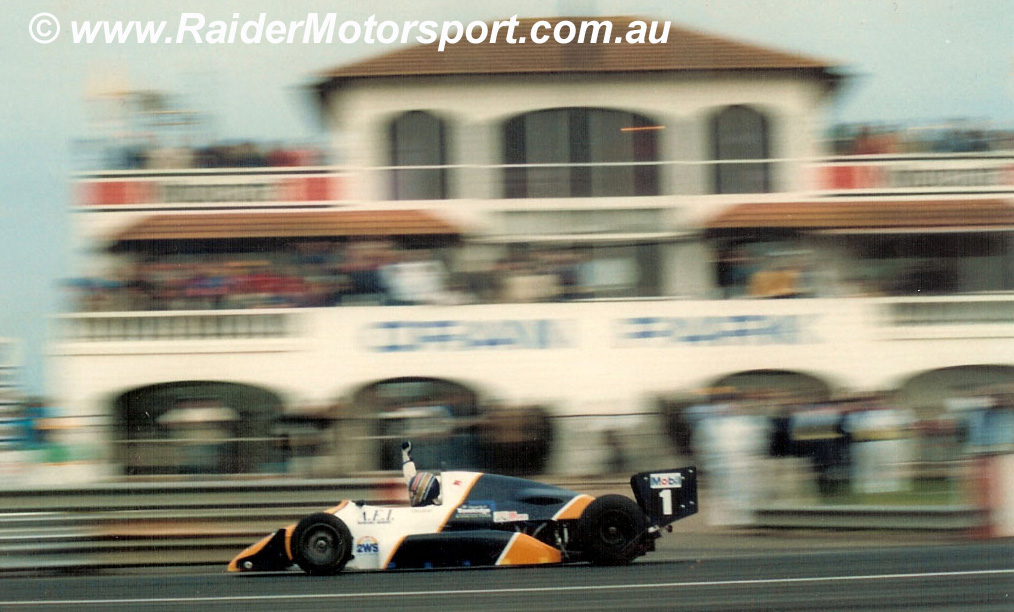 1990 saw Raider Motorsport contracted to Fred Gibson’s mighty Nissan Motorsport operation to orchestrate the entry of Mark Skaife into open-wheel racing. The same year also saw Raider Motorsport take control over development of the Chris Hocking Formula Holden programme. Based upon the March 87B F3000 chassis, the locally produced vehicle was in desperate need of a driver that was not only fast, but also capable of developing something from scratch. The former Elfin Sports Cars factory driver, Mark McLaughlin, arguably the countries most experienced open-wheel driver, was secured to race and develop the new chassis. Despite a shoe-string budget the team achieved limited success but the much promised funding failed to materialise as did clearance on all Chris Hocking’s cheques. With the writing clearly on the wall for Hocking’s ambitious programme, RMS and McLaughlin walked away penniless for its troubles as the receivers walked in, soon making rubber cheques to RMS the least of Hocking’s problems.

With the legendary Sir Jack Brabham lending support to the category, 1991 saw naming rights change from Formula Holden to Formula Brabham and included guaranteed television from Australian’s Channel Nine Network. After collapse of the ill-fated Hocking programme, McLaughlin was drafted into the Ralt Cars Australia squad for the remaining races of the 1990 championship. Not confident in the team’s potential, McLaughlin and the teams sponsor, international skin care giant Thalgo Cosmetics, entered into negotiations with Raider Motorsport to entered two cars for their 1991 Australian Drivers Championship assult The lead chassis was a purpose built aluminium monocoque designed by Gary Anderson and manufactured by Spa Engineering (link to www.spa-uk.co.uk), while a Ralt RT21 was purchased as the number two chassis. With McLaughlin the new team quickly set about establishing lap records unequalled even by today’s infinitely more refined and developed Formula 4000’s, all of which enjoy radial tyres, full carbon-fibre monocoques and significantly increased horsepower. After a rigorous four week testing programme at Sydney’s Eastern Creek Raceway, McLaughlin recorded a stunning 1m:22.07s lap, a time that would place him mid field in today’s A1GP events. It’s also a lap time that current F4000 drivers with the aid of modern technical benefits and 14 years development are yet to achieve. Unfortunately for McLaughlin, the Spa’s aluminium monocoque was to incur a major defect which , together with a narrow-minded autocracy, effectively eliminated any chance of Raider Motorsport winning the championship and McLaughlin his richly deserved title. Read the Demise Team Thalgo Appalled at the narrow-mindedness of those that controlled Formula Brabham, Raider Motorsport left the category stating that “if the power’s that be wanted to keep the category in the past, that’s exactly where it’ll end up!” The statement proved rather prophetic as the category is now but a memory.

1992 RMS was once again united with Rohan Onslow when engaged by the Bob Forbes Corporation (GIO Racing) to undertake an R&D programme that lead to construction of the firstV8 Supercar. Although intended only as a test mule, the Raider Motorsport designed & built Group A VN commodore went on to become not only the first ever sedan Wayne Gardner raced, but it was also the first of many V8supercars to be owned and raced by the Coca-Cola Amatil sponsored Wayne Gardner Racing (WGR) organisation. Ironically, it was also the race car in which WGR and Wayne ‘Captain Chaos’ Gardner himself achieved his teams highest result, despite the many years, the many chassis’, and the many millions of dollars spent building their own cars. However, at the time Raider Motorsport considered Bob Forbes’ decision to lease the mule for the Bathurst 1000 a fatal error; as it was not meant for racing, it was untried and still needed months of development, most of all it required tyres of completely different construction to that used by all other teams of the day. Although many were beautifully presented and fabricated by true craftsman, from a technical perspective the typical race sedan chassis in 1992 was crude and archaic. Predominately owned and managed by drivers of the 70’s and 80’s, the category was a closed shop, both literally and metaphorically, and especially to technical innovation, a fact made strikingly clear at Bathurst scrutineering when the head scrutineer, Frank Lowndes (Father of Craig Lowndes ), objected to the cars participation due to the design of its roll cage which used a number of ancillary elements to improve structural rigidity and torsional stiffness, the two most basic engineering factors necessary to the modern racing car. Offended that an outsider had the gall to produce something unconventional, officialdom, in a state of indignation, made a classically revealing statement; “if this is so good why hasn’t Brock and the Holden team done it!” As it turned out, Peter (Brock) was the person most interested in the car, wondering into the garage frequently, full of enthusiastic discussion and inquiry. A year or so latter Brock employed an ex-European open-wheel engineer that built for him a car using similar methodology and the Australian motoring press heralded its arrival with multi-page editorials and photographic centrespreads calling it “Brock’s Supercar”. The methodology of this and of those that copied ‘Brock’s Supercar’ chassis went on to become the new standard of design which developed into what is considered contemporary amongst all of today’s V8 Supercar chassis builders.