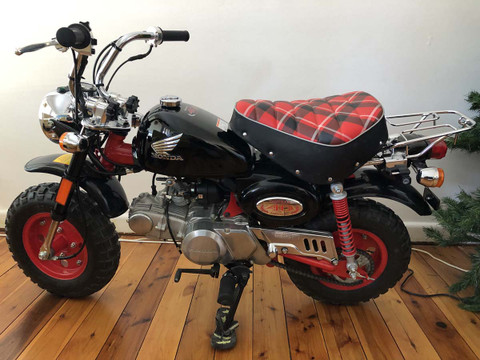 To celebrate the model’s popularity, every decade Honda produced an anniversary model, and in 2007 they produced a stunning black & tartan theme that harked back to the original model. This was also the first model to be reintroduced into Australia by Honda Australia and as the years have passed the 40th Anniversary has grown in popularity and demand, surpassing the value of many newer models.

This 40th Anniversary is located in Sydney and has only 44k’s on the clock. As the pics present, it is showroom original and been part of an indoor Z50 collection. It retains the original owner’s handbook & spare keys.