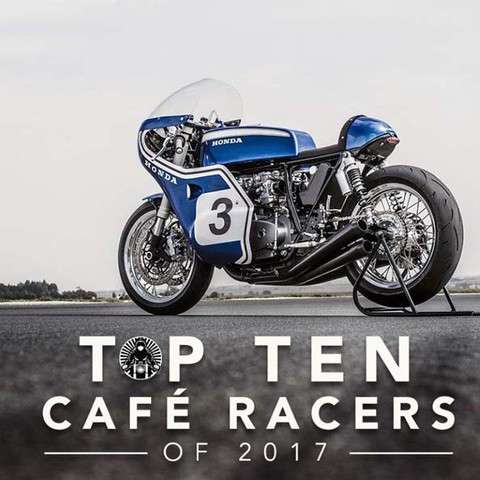 In the world of bike racing, Dick Mann is an all-time American hero. Born in 1934 Mann was one of the few professional racers, with a career that spaned 3 decades. He was a two-time winner of the A.M.A. Grand National Championship and in 1993 was inducted in the Motorsports Hall of Fame, and the Motorcycle Hall of Fame in 1998. He was one of the few riders to ride motocross and Observed Trials, as well as dirt flat tracks, TT (tourist trophy) and road racing. Mann was the second most winning rider in AMA Grand National Series history with 24 national victories, and was known for being one of the most talented and versatile riders, who was seldom without a cheap straw hat while working on his motorcycles.

This spectacular reproduction was created by one of South Africa’s most respected custom builders, Justin Steyn. Starting with a CB550 frame, Justin spent over 350 man-hours creating this amazingly detailed replica of Mann’s most memorable ride, the CR750, on which he won the 1970 Daytona 200. Mann had been racing in the 200 for 15 years and was runner-up three times, but had been deprived the podium’s top step; that he was long overdue for a win at Daytona was an understatement. Finally his time came in the 1970 race. He ran strong all day and held off early challenges by former world champion Mike Hailwood and, later in the race, rising stars Gene Romero and Gary Nixon. The win not only gave Mann his first victory at the Daytona classic, it also marked Honda's first win in an AMA national.  Presently located in South Africa, the advertised price includes shipping into Sydney.

Details of the build:

All of the above hand-fabrication, performed by Philip Liebenburg, totalled nearly 400 hours.